Earlier we reported that the Sony Ericsson Xperia Arc S was available for pre-order along with expected release date and pricing of the Android 2.3 Gingerbread smartphone, and now it also appears that Brits can also place a pre-order for the new Samsung Galaxy Note 5.3 from the same source.

According to the guys over at Unwired View, the Clove has the Android 2.3 Gingerbread packing Samsung Galaxy Note 5.3 up for pre-order, and show a price tag of Â£500 without VAT or 600 quid including VAT.

However they do put a disclaimer with the advert saying that price and availability has yet to be confirmed and you can enter your email address for further notification, or you can go ahead and pre-order if pricing doesn’t bother you.

The Samsung Galaxy Note 5.3 measures 146.85 x 82.95 x 9.65mm with a weight of 178 grams, with a 1500mAh Li-on battery, TouchWiz S Pen UI, and of course the Samsung S Pen stylus and according to the site, “Samsung has also included GLONASS technology – a radio-based form of satellite navigation that complements the GPS system that is currently used.”

So there you go, if the Samsung Galaxy Note 5.3 appeals to you and you are in the UK and not too bothered how much the Android device may cost or when you will have it in your hands you can hit up the Clove and place your pre-order right now. 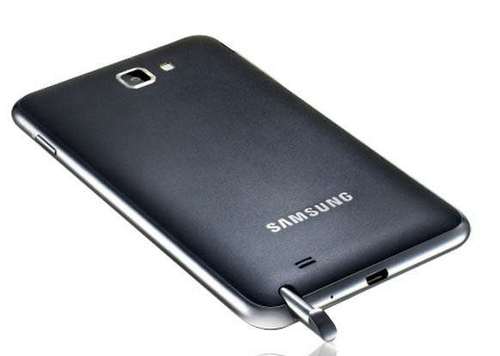