Other than all the speculation concerning Apple’s latest iOS smartphone, the iPhone 5 release, the other little piece of tech Apple is rumoured to be dishing out in the future is of course the third generation iPad, the Apple iPad 3, and today word has hit the net on who will be producing the battery packs for the Apple iPad 3.

According to the guys over at the Boy Genius Report by way of Taiwan Economic News, Simplo Technology Co and Dynapack International Technology Corp will be supplying said Apple iPad 3 battery packs with mass production expected to begin in Q1 2012.

The new iPad 3 battery pack will according to the report be slimmer and lighter than the battery pack currently in the Apple iPad 2 and as a result it is expected costs of the new battery packs will rise between 20 percent and 30 percent.

Furthermore according to the article, the new batteries for the Apple iPad 3 will have a “longer service life” than the battery found in the Apple iPad 2 and will need to meet “CTIA IEEE 1625 standard for better quality and safety reliability.”

The guys suggest that a slimmer and lighter battery for the next generation iPad could suggest that Apple is looking at a slimmer case or possible looking to save space for a “new beefier Retina Display.”

So there you go iOS tablet fans, if true it looks like the Apple iPad 3 just might be even thinner than the current Apple slate, but of course as with anything Apple, this should be treated as rumour for now. 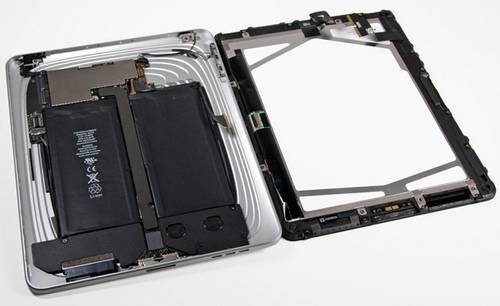