No doubt there are still many out there that are awaiting the release of the much delayed Motorola Droid Bionic smartphone, which if rumour turns out to be spot on should become available tomorrow the 8th of September, and so just prior to that possible release we have a hands-on and first impressions video of the Droid Bionic for your viewing consideration below.

The Droid Bionic hands-on footage comes our way courtesy of the guys over at Slash Gear who managed to get hold of the Android 2.3.4 Gingerbread 4G LTE smartphone for Verizon, and delivers almost four minutes of handling the handset, and they have an in-depth writen article along with numerous pictures on their website.

As for those first impressions the guys say that the Droid Bionic retains the squared off shape of previous Droid handsets and they can’t fault the handset’s performance with web pages rendering speedily and apps loading fairly fast.

As for the Motorola Droid Bionic’s main feature that 4G LTE connectivity, the guy’s tested it in Phoenix, Las Vegas and San Francisco and it works really well and apparently lives up to its name.

Anyway, with a bit of luck those how have been patiently waiting for the Motorola Drodi Bionic to come out to play will grab the Android handset as of the 8th from Verizon, so until then head on down and mash that play button…enjoy.

Are you still holding out for the Droid Bionic, or have you decided to give it a miss due to its lateness and have opted for some other smartphone? 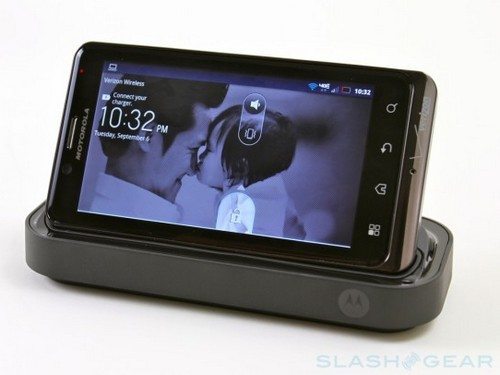