Phones Review Quickie: There’s a new Android smartphone coming out of the HTC camp called the HTC Sensation XE and is apparently the first HTC smartphone to come with Beats Audio technology, HTC has now officially announced and the device is coming this month to both Europe and Asia.

According to an article over on Unwired View, the HTC Sensation successor will be an Android Gingerbread smartphone and pack a 1.5GHz dual core processor along with a bigger battery for extended life.

The HTC Sensation XE will also come with “Beats by Dr. Dre in-ear headphones,” which enables the user to enjoy, “the bespoke Beats by Dr. Dre sound profile, delivering audio tracks tuned specifically for the headphones.”

Apart from that, the HTC Sensation XE features an aluminium unibody and specs remain the same as the original HTC Sensation so you of course get the 8 megpaixel auto-focus camera with dual LED flash, 1080p video recording, VGA front facing camera, 4.3-inch qHD touch screen 1GB internal memory, and either an 8GB or 16GB microSD card pre-installed.

So there you have it, the HTC Sensation XE will release nearer the end of September, so we’d like to hear from our readers if this new Sensation is the smartphone for you, so feel free to let us know by dropping us a line to our comments area below. 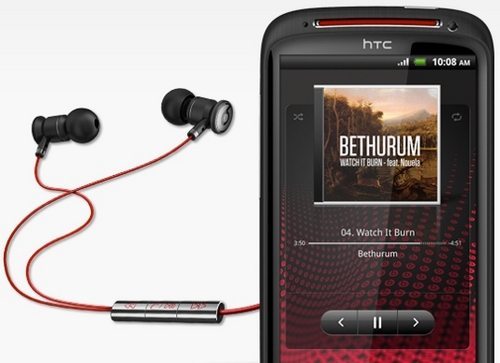