For all you rugger fans out there you will of course know that the 2011 Rugby World Cup kicked off on the 9th of this month, and no doubt you’ll want to keep up to date with everything that is going on while you are on the go as the teams battle it out for the trophy, and if you own an iOS device there are a few apps that will do that for you.

So we thought we’d bring together a choice of apps available on the iOS platform for your consideration, so we’ll kick off with free apps just to get things going…

The Official Rugby World Cup 2011 app for the iPhone, iPod Touch and Apple iPad is of course the official RWC app in conjunction with Land Rover and offers access to the Match Centre for live coverage of matches along with video highlights, commentary and statistics.

The Official Rugby World Cup 2011 app is offered in English, French and Spanish languages and delivers access to the Fan Zone, the latest news and keeps you up to date with RWC daily video, and is a free download from iTunes. 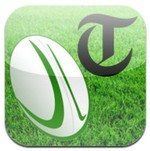 Next up we have the Telegraph Rugby — World Cup 2011 app, again an iOS app that enables ruby fans to keep up to date with everything that is going on during the 2011 Rugby World Cup, and follow their favourite rugger team.

Or how about the NZ Rugby World Cup 2011 app for iOS devices, that delivers up to the minute coverage along with all the latest news, scores, full listings fixtures, stadium details, venues hosting national teams, and info on New Zealand places.

So there you go, just a few iOS apps that will help rugby fans and iOS device owners keep up to date with all that happens during the 2011 Rugby World Cup, of course there are many more and you may have your own favourite app so feel free to share with us by posting to our comments area below. 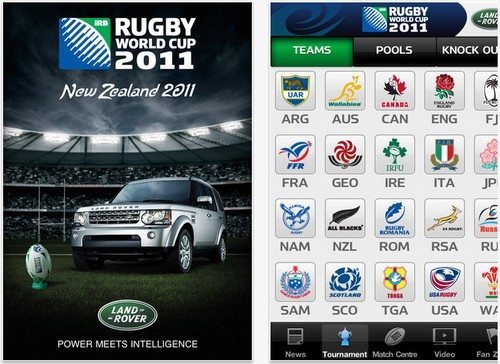