The big guessing game other than when the next generation iPhone will materialise in the public arena, it just what the iPhone 5 will look like, and there have been numerous speculations over that particular question for quite some time; however apparently a screen protector supposedly for the iPhone 5 gives a hint at what the iOS smartphone offers design wise.

Another image of the supposed screen protector for the iPhone 5 shows the protector against the iPhone 4, you can see it below, which shows that the next generation iOS handset might be somewhat larger than the current iPhone 4.

According to the MacRumor guys, “The elongated home button area design, however, was shown in leaked design documents. The design documents only show areas that need to be exposed or open to the user, so it doesn’t mean the physical home button will necessarily adopt the exact shape.”

Of course and as always, as this is Apple gear we are talking about, nothing has been confirmed and thus remains firmly in the land of speculation. We’ve seen numerous cases and such reportedly for the iPhone 5 previously, and it seems to me that accessory makers wouldn’t go ahead and mass produce anything until they knew the design for sure, but then one could assume they are simply jumping the gun and hoping for the best.

However, is this screen protector for the iPhone 5 turns out to be spot on, it would appear that Apple has tinkered a bit with the home button, and possible the overall size of the much talked about Apple device. 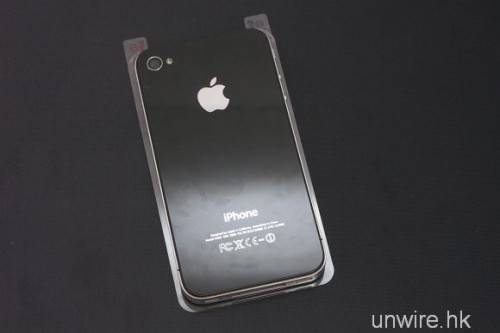