Droid RAZR On Its Way From Motorola?

Phones Review Quickie: Is it possibly that Motorola is resurrecting the RAZR name to combine with the Droid name and deliver a new smartphone called the Motorola Droid RAZR? Apparently this may be the case if this test photo is anything to go by, although it is purely an image at this point in the game one would expect.

According to the guys over on Ubergizmo, by way of Pocket Now, this test image comes with EXIF data, which apparently names the device as the Droid RAZR presumably if it is a real device in the making it will be a slim line Android smartphone.

And apparently this would tie in with word of Motorola working on the unannounced Motorola Slimline, a device that was shown is several leaked screens of Motorola’s website redesign, of course EXIF data can be falsified so it could be all bunkum, but entirely out of the question.

I remember the Motorola RAZR well as I used to own one, and I really liked the handset albeit it being a feature phone, but its slim design was quite cool and easy to hold in the hand, and personally I would think using the Motorola RAZR design for a new smartphone would be a great idea.

So if Motorola were to merge their well known Droid series with their old but quite respectable RAZR form factor, would you be tempted to snap up a Motorola Droid RAZR, or do you think the RAZR had its day and shouldn’t be revisited? 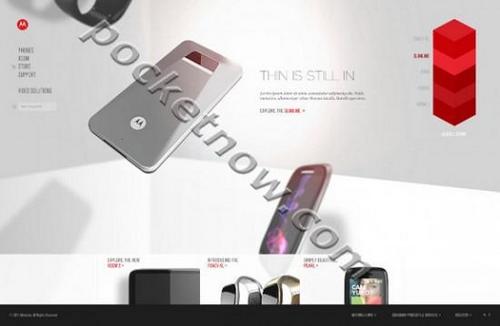