Yes well lets be quite honest here, we all know that much wanted iPhone 5 announcement will hit the fan sooner or later, and it should be sooner rather than later as according to an Apple employee that obviously wants to remain nameless, Apple is just weeks away from announcing the next generation iPhone, so nothing really new there then.

The news of the iPhone 5 announcement being “just a few weeks away” comes via the guys over at Apple Insider and by way of The New York Times, Nick Bilton, and apparently the Apple source who is “familiar with the new iPhone” states that the iPhone 5 will be “fairly different” from the iPhone 4, although he didn’t say in what way different.

It has been speculated that the iPhone 5 design isn’t that much different to the current iPhone 4; however apparently Bilton’s Apple source said that iPhone 5 cases that popped up on line courtesy of the guys over at the Boy Genius Report from Case-Mate, (image below), “seem potentially authentic.”

The aforementioned Case-Mate iPhone 5 cases show the next generation iOS smartphone with its mute switch relocated to the right side, a flat back along with curved sides, and Case-Mate rapidly removed the image from their website but not before the guys grabbed the image.

So there you go, we should get that iPhone 5 announcement within a few weeks which would put it just about when everyone is expecting it in October, however although as exciting as an announcement might be, it doesn’t mean you will get the iPhone 5 in your hands at the same time as there is no guarantee Apple will release the iPhone 5 at the same time, but at lease once they do it we should know when the device will finally come out to play and what it will actually look like. 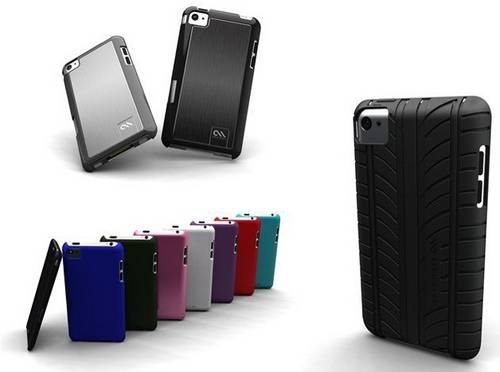