As of today the 15th of September anyone who may be in the market for a Verizon smartphone can now hit up RadioShack to see what’s on offer as the word is RadioShack now offers Big Red devices and at a discounted price for the next month at least and includes the Motorola Droid Bionic.

According to an article over on Phone Arena, RadioShack has now passed over T-Mobile in favour of Verizon and to celebrate the occasion the Shack is running an offer whereby customers can snag a Verizon smartphone for $100 off the original price, meaning you could pick up that Droid Bionic for $199, with the promotion running from today until the 15th of October.

Furthermore apparently the unnamed tipster claims that the Shack will also be offering both the Samsung Stratosphere and Samsung Illusion at some point but couldn’t confirm a release date.

However, when it comes to the iPhone 4, the iOS smartphone wont see that $100 reduction but rather a $50 price drop on the 16GB model only bringing the price down to a nice $149.

Obviously the 100-buck off deal is based on signing on for the usual two-year agreement on all smartphones, and if you need an accessory such as a case or screen protectors, these are also discounted by 25 percent.

So there you go if you are after a new smartphone on the Big Red network it will pay you to check out RadioShack and see if they have what you are looking for and save a cool $100. 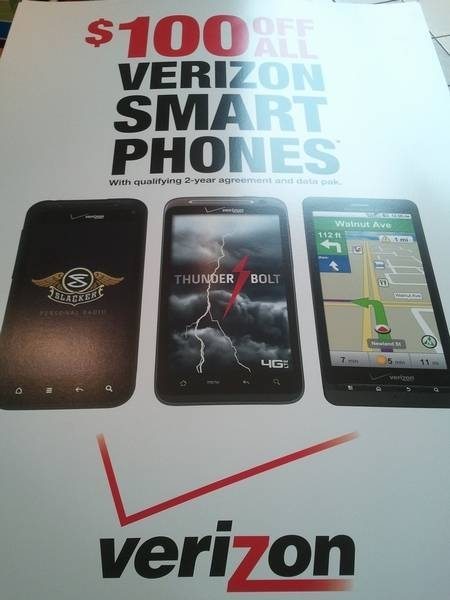