Motorola Edison For AT&T Without 4G LTE At FCC

Apparently the rumour was that when this particular smartphone was first spotted, the main opinion was that it would actually be the first LTE enabled smartphone for the AT&T network, however this no longer appears to be the case.

Other than that little piece of sad news, spec wise there is basically nothing known about the Motorola Edison at this point in time, but with the advancement of LTE in the mobile space, perhaps the lack of 4G LTE capability may go against the new Android device.

Of course as soon and any information on the spec and such for the Motorola Edison surface we will pass whatever we hear along to our readership, do you think the Motorola Edison will do well without 4G LTE, or do you feel it is still early in the game to worry about the lack of LTE functionality? 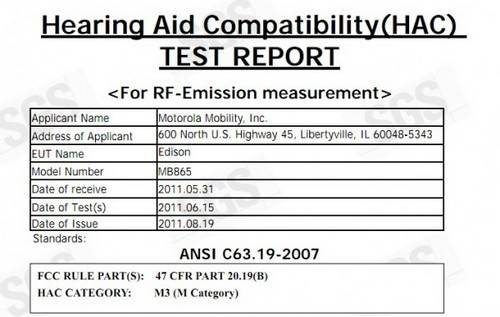