Phones Review Quickie: The HP TouchPad $99 mayhem happened not so long ago, many customers tried to get their hands on the HP tablet and Pre 3 smartphone when they were going for a very cheap price, HP webOS is now dead in the water, or is it?

Thanks to the guys over at Engadget, they have revealed what we call HP webOS secrets. The reason we call it this is all down to mystery products from HP, these products include a new unreleased white HP TouchPad tablet and the AT&T HP Pre 3 smartphone.

OK so HP have put webOS device production in the rubbish bin, but that does not mean they will not make existing WebOS devices vanish.

Engadget has a photo gallery and a video (Video below) of the white European HP TouchPad, and the black TouchPad 4G for AT&T, as well as the Pre 3 4G for AT&T.

Have these products mentioned above been binned before release, or will they sell them off on the cheap to get rid of stock?

Engadget unboxed these devices where they played around with the hardware, but the software was off limits, the owner of the HP Pre 3 activated the device.

The 64GB white HP TouchPad has a faster 1.5GHz CPU, and looks far better than the black model. The AT&T TouchPad 4G 32GB model has the same 1.5GHz processor with a SIM slot for the carrier’s faux-G network (HSPA+).

Do you think HP will release these products mentioned above? Would be great if they did because once Android has been ported we can see these being the buy of the year. Please do let us know what you think by having your say in the commenting area provided below. Thanks 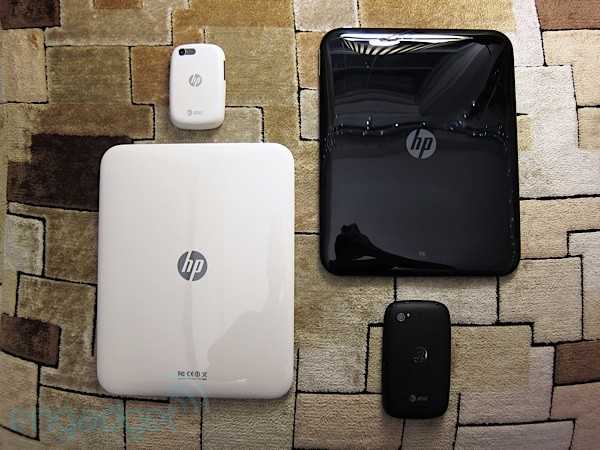