Are you considering picking up the newest Android smartphone to play nice on the Sprint network, Sprint’s own version of the much acclaimed Samsung Galaxy S II? If so then perhaps a nice video review of the Samsung Epic 4G Touch will help you make that important decision.

That’s exactly what we have for your viewing consideration below, a video review of the Galaxy S II Epic 4G Touch courtesy of Noah Kraviz over at Technobuffalo that delivers fourteen and a half minutes of getting up close with the Android 2.3.4 Gingerbread smartphone.

Noah has also posted a written review of the device with some pros and cons, and those pros go like this, the Epic 4G Touch is thin and lightweight and fast, with a “gorgeous” Super AMOLED PLUS display, and an LED Notifications light, excellent 8 megapixel photo and 1080p video capture in natural light and TouchWiz isn’t bad.

As for those cons, the Samsung Epic 4G Touch has a cheap and plasticy feel, the screen’s a beauty but 800 x 480 seems a low-res, no hardware camera button, has TouchWiz and Sprint apps that equals bloatware, spotty Sprint 4G service that drains the battery, and lacks NFC considering Google has now launched Google Wallet.

However, at the start of the footage, Noah does say “Honestly, might just be the best Android phone you can currently buy at least in the United States.”

So if you are pondering on whether to snap up the Sprint Galaxy S II Epic 4G Touch, head on down and hit that play button to find out all about the smartphone and to see if Noah is right that it might be the best Android phone in the US or not…enjoy. 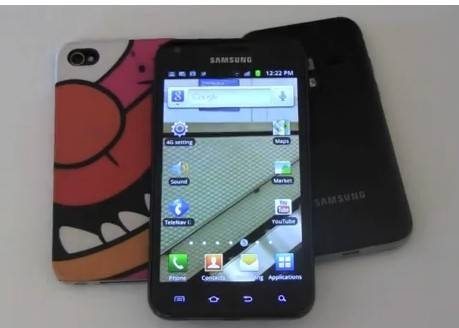