There’s a new iOS game hit the App Store for both the iPhone and Apple iPad that enables the user to become a mystery journalist and investigate the suspicious disappearances of cats, and you’ll be required to scrutinise every minute detail in order to solve the mystery or Mysteryville.

The Mysteryville app for iOS devices revolves around discovering cleverly hidden objects over 21 locations whilst interacting with different people along the way, and unearthing things based on their silhouettes, locating miscellaneous items from a list, finding objects of a particular type, and finding the bits and pieces that differ in two identical scenes.

In the game the user plays the role of investigative journalist Laura Winner, and will need to find the clues question the residents of the village, and find the various buried items located in various locales in order to solve the mystery of Mysteryville.

And for the lover of mystery search games we have a couple of videos of Mysteryville for your viewing consideration below, the first is the Mysteryville in-game trailer lasting just under a minutes while the second is a Mysteryville review with Julia delivering three minutes of reviewing what Mysteryville has to offer, so don’t forget to check them out.

For those with an iPhone the Mysteryville app is available from iTunes at a cost of $1.99, while if you require the Apple iPad version it will set you back $2.99, and both are available in English, French, Germany, Russian, and Spanish…enjoy. 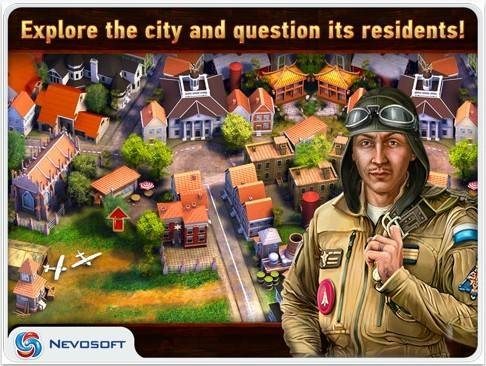