The guys over at Mobile Syrup managed to get hold of the Telus version of the Samsung Galaxy S II and posted a short overview of the Android 2.3.5 Gingerbread smartphone and will also deliver a full review in the not too distant future.

Apparently although the rear of the handset is plastic it has a leather feel and adds to the quality feel of the handset and still has the chin seen on most Galaxy handsets such as the Samsung Fascinate, and the smartphone has NFC capability.

As for just when Canadians can expect the Samsung 4G Galaxy S II X to come out to play on Telus, apparently the word is “soon” however there is still no word on just how much Telus will hit your pocket for.

Anyway, I’ll leave it right there and let you head on down to mash that play button and check out the overview of the Samsung 4G Galaxy S II X, and feel free to let us know if you are in Canada and hoping to snap up the device from Telus…enjoy. 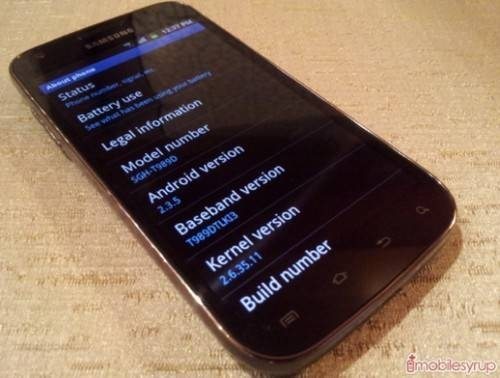