iPhone and iPad Ban In Netherlands Sought By Samsung

Finally Samsung has decided to take the gloves off when it comes to Apple and their continued bullying over patent infringement and to get Samsung gear such as the Samsung Galaxy Tab 10.1 and Samsung smartphones banned across the globe.

Recently the word was old Sammy was going to get tough with Apple and was contemplating seeking a ban of Apple gear in Korea and Europe, and now according to an article over on Apple Insider by way of Mac World, Dutch site Webwereld is reporting Samsung is seeking an a ban on sales of the iPhone 3Gs, iPhone 4, and both the Apple iPad and Apple iPad 2 in the Netherlands.

Apparently Samsung has filed four patent infringement complaints against Apple in the district court in The Hague, Netherlands, and alleges that Apple gear infringes on four 3G Samsung owned patents.

However, apparently the patents Samsung is using are what are known as “standard-essentials,” which basically means said patents are classed as “FRAND” and as such the holder is obligated to provide third party users with a license.

In a recent article by ABC News, Samsung claims that Apple has been “free riding” on their patented wireless tech, and the head of global marketing for mobile communications, Lee Younghee has said, “We’ll be pursuing our rights for this in a more aggressive way from now on.”

Younghee described Samsung’s approach to Apple patent infringement assault as “passive,” but that is to change with Younghee remarking, “We’ve been quite respectful and also passive in a way. However, we shouldn’t be … anymore.”

Whether Samsung’s complaints against Apple in the Netherlands holds up remains to be seen, the first hearing of which will be held on Monday, but whatever the outcome, at least is shows that Samsung is no longer prepared to simply take everything Apple throws at them without fighting back. 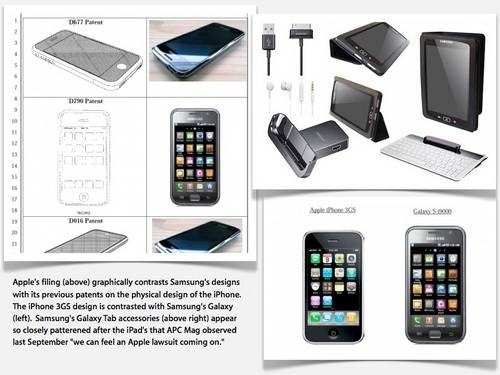