Phones Review Quickie: After the huge success of the Asus Eee Pad Transformer and following on from the Asus Eee Pad Slider, Asus has now revealed their latest Android 3.2 Honeycomb slate; a rugged tablet for Japan called the Asus Tough tablet.

According to the guys over on Nexus404, Asus has now revealed the Asus Tough, a 7-inch slate packing the Android 3.2 Honeycomb operating system with an NVIDIA Tegra 2 1GHz processor, 5 megapixel camera, Bluetooth, GPS, WiFi, 16GB of storage, microUSB, and microSD expansion.

The Asus Tough tablet does unfortunately lack 3G connectivity but as a rugged slate does protect from such things as water and dust whilst apparently being able to withstand drops of up to 76cms, which is roughly 30-inches.

Other than that not much else if know on the Honeycomb slate other that this particular tablet is destined to play nice on the KDDI network in Japan, so for the moment if you aren’t in Japan you wont be able to pick up the slate.

Obviously no word as yet as to just how much the Asus Tough tablet will hit the pocket for or even if Asus has any plans of offering the Tough tablet outside Japan in the future, still its good to know that Asus are still pushing out Android 3.2 Honeycomb packing tablets somewhere in the world. 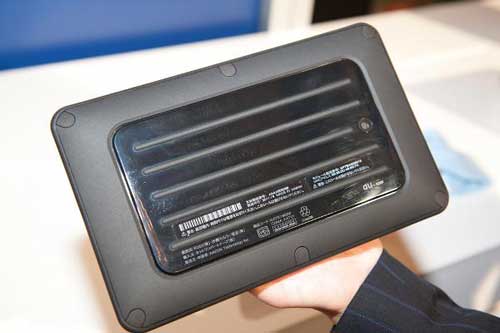