iOS or Android has always been the brunt of arguments, and today we will not change a thing because we are doing the iPhone 4S Siri Android Alternative called “Speaktoit assistant”, we had an email today talking a little about the popular Speaktoit app.

As you know the new iPhone 4S will be releasing October 14th (This Friday), and we here at Phones Review will have ours soon enough, we will do many reviews so stay with us. The iPhone 4S Siri assistant is the main talk at the moment

A lot of people including Android users have been very curious about the new iPhone 4S’ Siri feature, so they have decided to install Android version this called “Speaktoit Assistant”. This Android app does a lot of things that Siri has to offer, is it really that similar to Siri? 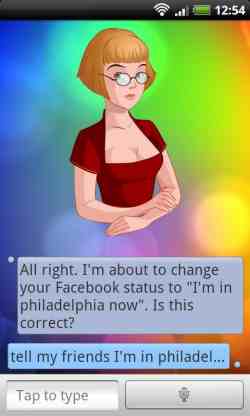 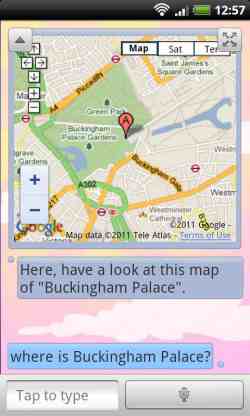 We cannot judge just yet if Speaktoit is better or worse that Siri until we have tested both, which we will do within the next week or so.

Lets Talk About the Speaktoit Assistant App: It allows users to use natural language, just speak like a human and not a robot. This Android app will send post to Facebook and Twitter, send emails and texts, check you in places, look up weather, call people, take notes, add things to your calendar, look up information, translate foreign languages, find news, check the traffic and so much more.

Is Speaktoit much different to Siri? Speaktoit has an avatar with a personality, basically a face and a voice, which is what Siri does not have. You can choose your very own avatar or build one its up to you; this is a fun feature that you do not have to have.

Other Speaktoit Features: This assistant learns as it goes, for example, users wanted the assistant to play music, and the functionality is being rolled out tomorrow.

Remember that we will be reviewing the iOS 5 as from tomorrow, as well as the iPhone 4S and all its features from Friday (Hopefully, if it comes).

For more information about the iPhone 4S Siri Android alternative, please visit the Android Market. Please what the video provided below of Speaktoit Assistant in action.