Apparently there are a couple of photos doing the rounds that word has it have been captured using the new Samsung Nexus Prime, and the word is two Google engineers shared these Nexus Prime images on non other than Google+ and apparently the EXIF data shows they were captured by the as yet unannounced Android Ice Cream Sandwich handset.

According to the guys over at Slash Gear, by way of Android Next, pictures snapped by both Chris Yerga and Roman Kirillov list under the camera the name “Galaxy Nexus” although apparently Google+ default resized the images to 3 megapixels.

As you know, Samsung and Google postponed the reveal of the Samsung Nexus Prime, but a recent article by Phones Review colleague Mark reveals that the Nexus Prime announcement may have been rescheduled for the 27th of this month with a release date of the 3rd of November.

Funnily enough, the guys over at Slash Gear links both Yerga and Kirillov names to their Google+ profiles, but when clicking on the links it appears that said profiles have vanished and you get a 404 error, so perhaps Google may have been somewhat annoyed they outed these images, could they be the first photos from the Nexus Prime?

The guys also state that Googles next Android operating system, Android 4.0 otherwise known as Android Ice Cream Sandwich is expected to debut on the Samsung Nexus Prime, but apparently some of its features have been culled due to the ongoing patent dispute with Apple.

Of course that aforementioned November 3rd release date is based on an anonymous source claiming to be a Big Red insiders so may turn out to be off the mark, so for now I figure it’s a matter of wait and see. 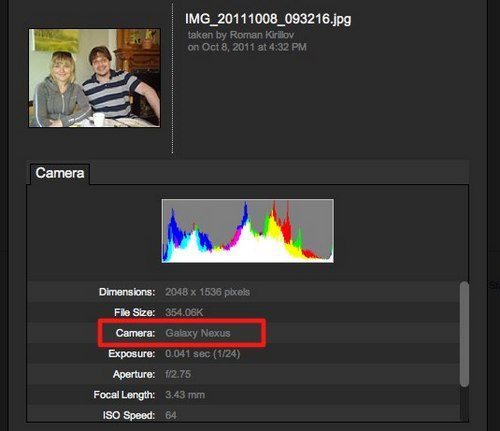 One thought on “Nexus Prime Photo Samples Revealed on Google Plus?”