The Nokia 800 Windows Phone is been on our minds for a while now, and we have tried digging for answers, well a couple of photos have popped up online showing the way it looks.

Nokia World is getting close now so it stands to reason to see a few adverts darting around online, but unlike us here at Phones Review, PocketNow were the lucky ones to get the joy of the photos first of the Nokia 800.

Looking at the Nokia 800 Windows Phone in the image, reminds us of the Nokia N9, the similarities are there would you not agree?

The Nokia 800 was formerly known as the Sea Ray, it could also be know as the Lumia in certain markets, no one knows the name as of yet so we have to sit back and await for official announcements.

Apparently other names include Ace, Sun and even Nokia Sabre, but the we believe Nokia will release more than one phone at its event.

What do you think of the photos below, does the smartphone look a little like the Nokia N9? As soon as we know more about the Nokia 800 specs, release dates, prices, markets etc we will let you know. 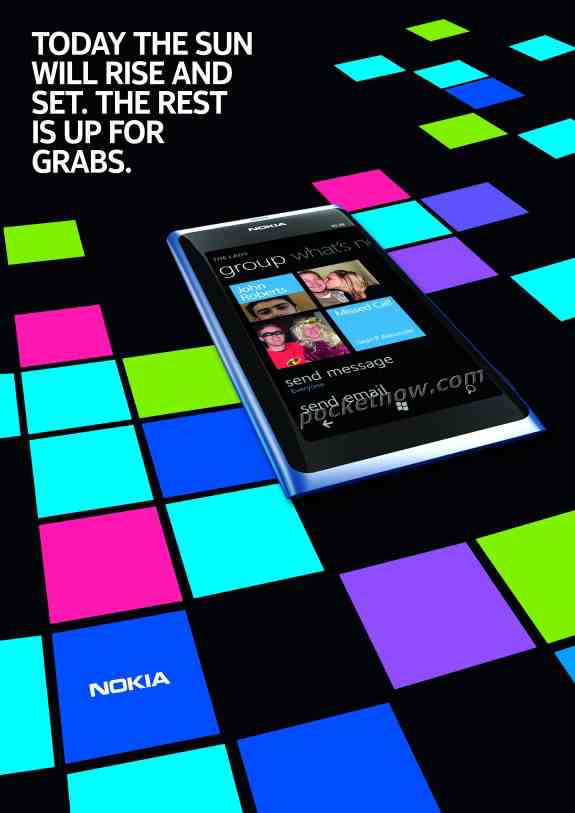 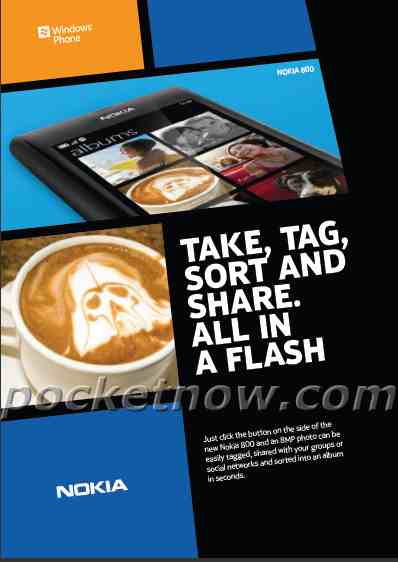