Last week Samsung launched their new ChatOn app for the Android platform, a messaging app/service allowing users to communicate via any web-enabled smartphone, but wasn’t available in many countries, but now Samsung has announced that the ChatOn app for Android will be available globally.

According to the guys over at Ubergizmo, Samsung Tomorrow announced in a press release that the ChatOn app for Android will be available worldwide from the Android market and Samsung Apps.

The ChatOn app enables smartphone users to send messages via data rather than regular texts so essentially is a free text messaging service because it uses data users will not be faced with a heavy bill for international texts.

The senior vice president of Media Solution Center, Kang Min Lee says, “After launching in September, ChatON enjoyed a positive response at IFA 2011. Many of the visitors to our booth were excited to experience ChatON and responded very positively while using it. Through its multi-platform and global availability, ChatON heralds a new age of mobile communication.”

The ChatOn app currently supports Android, Bada and Samsung feature phones, and will also support both BlackBerry and iOS in the not too distant future.

The ChatON app offers the ability to text, send images, video, location information, audio clips, group chat, the ability to create animated messages by drawing, an interaction rank to show you how often you group chat with friends, and Buddies Say feature.

The ChatOn app is available to download to your Android smartphone as a free app from the Android Market, and we have a quick video promo of ChatON for your viewing pleasure below so don’t forget to check the footage out…enjoy. 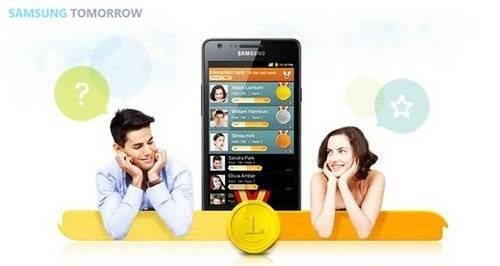