As you probably know by now, old Samsung and the Google guys went all official with unveiling the Samsung Galaxy Nexus superphone along with Android 4.0 Ice Cream Sandwich, the latest challenger to the dominance of the iPhone 4S, and we have a nice introduction video to the Galaxy Nexus for your viewing pleasure below.

Earlier my colleague Mark delivered all the juicy official specs for the Samsung Galaxy Nexus, which includes the 4.65-inch HD Super AMOLED touch screen, 1.2Ghz dual core processor, and NFC that were previously rumoured, and for all those specs you can check out Mark’s post (here).

It was rumoured that the Galaxy Nexus would come with an 8 megapixel rear facing camera, but in reality features a 5 megapixel snapper, a little disappointing but probably not a deal breaker.

No doubt the Samsung Galaxy Nexus will be a winner with the Android faithful out there, and will be a good challenger to the iPhone, one also has to wonder if the Galaxy Nexus will be the next target for Apple when it comes attempting to get Samsung devices banned, it wouldn’t surprise me, but we’ll have to wait and see.

Anyway for all you Android fans out there, head on down and mash that play button to get some Galaxy Nexus visual love…Gotta love those motorbiking Android robots…enjoy. 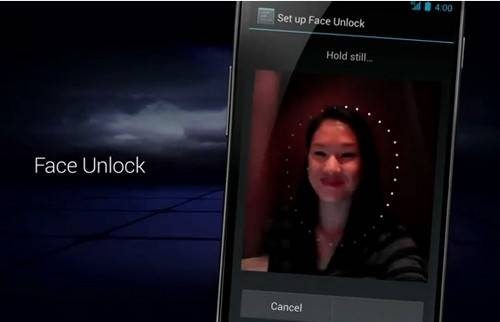