The iPhone is a brilliant smartphone that works well, and we have been firm followers since 2007 when it all started for Apple and its smartphone line. Smartphones are the future and we love all platforms because they all have their good points, but we are about to burst the happy bubble and come down on the new iPhone 4S Siri voice assistant.

We have titled this hands-on article “iPhone 4S funny Siri is a joke & gimmick” for a reason, and a good one at that, this is a personal take on what we think of Siri.

We received our iPhone 4S one week ago today and was impressed with it and we still are, the camera and video recording is awesome, love other features such as setting up the LED flash light to start flashing when you get a text or call iCloud and iMessage are very good (Even though iCloud slows devices a lot), but let’s just concentrate on the new Siri voice assistant.

When we got the iPhone 4S we got to admit Siri was the first feature we wanted to play around with, sounds a little sordid but on the contrary. We was excited and gave Mr. Siri the once over, yes he’s a guy if you live in the UK. He is very useful indeed if you want to text people, reply to texts, read text, set reminders and alarms, take notes even, all good so far.

Really like asking him questions like “Will I need a umbrella today”, Siri answers “No Mark, it is not going to rain today”, ask Siri the time and he replies, ask Siri about stocks and he will show the latest stock report etc, all good so far.

Ask him to play, stop, forward music etc, he does this well, he does quite a lot, but then this is where the funny / joke / gimmick comes into play.

At first it was all fun and very clever indeed how Siri responds to you, but now we are bored with Siri.

Why Phones Review is bored?

Ask him what the weather is like, what is the point there are apps for that, even a built in one. Just find him boring and time consuming; we are not counting Siri out just yet because it is still in its testing stages in the UK. At the moment you cannot ask Siri for directions, you cannot ask Siri to search business addresses for you, you cannot give direct instructions for Siri to send tweets to Siri, which is stupid considering iOS 5 has deep Twitter integration. You can however set this up via text message allowing you to ask Siri to send a text message to Twitter.

Why is he funny and a gimmick then?

We even asked Siri to sing us a song, he replied “Daisy, Daisy, give me your love answer do”, we cried when we said knock-knock to Siri, and his reply was “Knock Knock. Who’s there? Mark. Mark who? Mark I don’t do knock-knock jokes.” Check out the screenshots below.

Sorry to be the grim reaper, but we really do think the new iPhone 4S Siri is so funny and is a joke and gimmick. It will probably be much better after a period of time, but for now Siri is not getting used because we are bored.

Sorry Siri, maybe we can refresh our relationship at a later date. 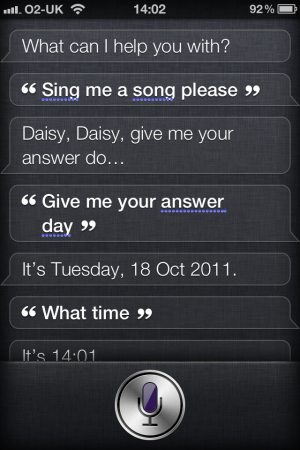 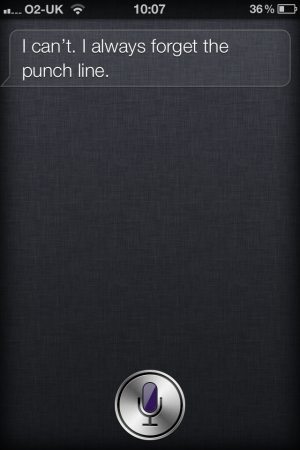 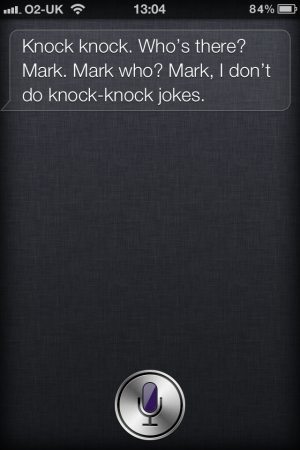 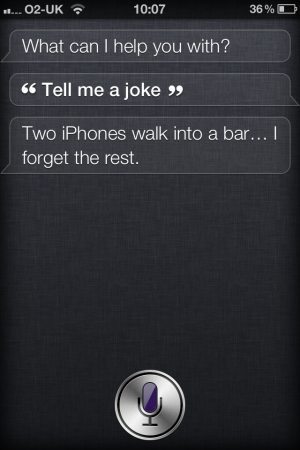 2 thoughts on “iPhone 4S funny Siri is a joke & gimmick”