Now that the latest addition to the Apple family is out and about, obviously the iPhone 4S is going to find itself being compared against other smartphones in the mobile space, and what we have for your viewing pleasure below is a little Android against iOS face off battle that pits the iPhone 4S up against one of the most talked about Android smartphones, the Motorola Droid Bionic.

The iPhone 4S vs Droid Bionic video comes our way courtesy of the guys over at Pocket Now and delivers just over thirteen minutes of smartphone confrontation between to two handsets and covers such things as specifications, web browsing, 1080p video capture and voice assistants.

The Motorola Droid Bionic is the weightier of the two smartphones coming in at 158.8 grams while the iPhone 4S weighs in at 140 grams.

In the footage the guy kicks off with the spec comparison between the two and follows with a bit of a speed test, which although close in some Netflix video loads quicker on the Bionic, and then followed by an artificial intelligence test.

I’ll stop right there as I don’t wish to spoil your viewing enjoyment of the comparison footage, so all you need do is head on down and mash that plat button to see which smartphone, the iPhone 4S or the Motorola Droid Bionic comes out tops if any…enjoy. 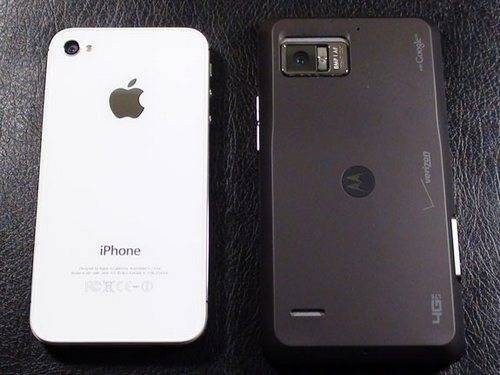