Phones Review Quickie: As you are no doubt aware on Wednesday Apple paid tribute to the late Apple chief, Steve Jobs, closing Apple HQ along with numerous Apple retail stores whilst the tribute took place away from the eyes of the public. However, Apple isn’t the only one to pay tribute to the iPhone Guru, as the Cupertino City Council has posted a tribute video to Steve Jobs, and we have that footage for your viewing pleasure below.

The Steve Jobs Tribute video comes our way courtesy of the guys over at The Next Web and by way of the Cupertino City Cannel on YouTube and delivers almost three minutes of paying homage to the Apple leader who passed away on the 5th of this month.

According to the City of Cupertino website…” The Cupertino City Council meeting was adjourned in memory of Steve Jobs on Tuesday, October 18, 2011. The city is in the process of reviewing the new Apple Campus 2 headquarters project, which was Mr. Jobs’ vision. This video was developed by city staff as a tribute to Mr. Jobs.”

The images and footage in the tribute video play along with The Beatles track “In my Life,” which is available to purchase on iTunes.

According to the Apple website “Over a million people from all over the world have shared their memories, thoughts, and feelings about Steve. One thing they all have in common – from personal friends to colleagues to owners of Apple products – is how they’ve been touched by his passion and creativity.”

For those iOS faithful that wish to send in their own memories of Steve Jobs you can do so by emailing rememberingsteve@apple.com.

Have to say, the City of Cupertino Council have done a good job with their Steve Jobs Tribute, so head on down, mash that play button and check it out…enjoy. 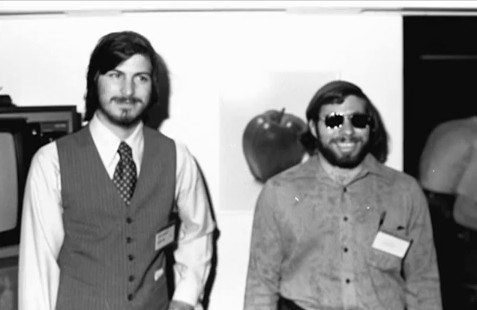