Phones Review Quickie: If you are the proud owner of an Apple iPad 2 and use an Apple Smart Cover you might like to know that Apple has now updated their iPad 2 Smart Cover offerings with more vibrant colours and dumping that orange hue polyurethane cover once and for all whilst replacing it with a more subdued dark grey offering.

According to the guys over at MacRumors, aside from ditching that nasty old orange flavour, Apple has introduced matching internal colours for all Smart Covers whereas previously the inside of the cover was always grey no matter which outward colour you opted for, so now the screen facing colour will match the external colour.

Polyurethane Smart Covers will now become available in blue, pink, green, light and dark grey and each will be more vibrant, whilst with the navy coloured leather version, apparently Apple has “tweaked” the colour to be “more navy” in appearance, although the navy is the only colour in the leather Smart Cover range to see the tweak.

Probably the best thing about this update to the Apple Smart Cover is that all pricing remains unchanged so a polyurethane covers still costs 39 bucks and a leather covers costs 69 bucks. Apparently Apple’s Smart Cover page does not yet reflect the changes whilst Apple store pages do. 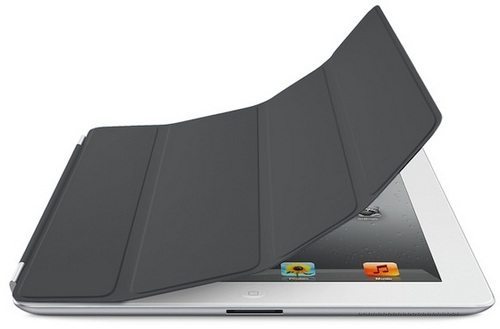