Now that Sprint has finally got hold of Apple’s iOS smartphone there have been numerous reports that the iPhone 4S on Sprint is causing a slow down of 3G speeds, as we reported previously many Android device users on Sprint have been complaining; however it also appears that Sprint iPhone 4S users are also complaining about slow 3G speeds.

According to the guys over at Ubergizmo by way of Device Mag, Apple and Sprint are working together to possibly deliver a software fix that it is hoped will solve the iPhone 4S 3G speeds problems some Sprint users are reporting.

Apparently Sprint users are posting speed test images to prove their complaints about the speed drop since the arrival of the iPhone 4S on the network and some are tested with different handsets, which apparently shows the problem is limited to the iPhone 4S.

A spokesperson for Sprint says, “Overall, iPhone performance on the Sprint network is consistent with our expectations and the rest of our high-end portfolio. Sprint also did bench-marking of Sprint’s iPhone against competitor’s iPhones and the testing showed little to no performance difference. We are seeing a very low return rate for this device but we are watching the reports of speed issues very closely.”

The spokesperson when on to say, “We do see opportunities to optimize performance, specifically in high network capacity areas. We see this as typical optimization work and do not have any specific area of concern. Sprint is committed to providing the best possible experience for our customers. We are listening to our customers and working closely with our partners at Apple to ensure optimal performance of iPhone devices on our network.”

So there you go if you have been experiencing 3G speed issues on the Sprint network with your iPhone 4S you now at least know that Sprint and Apple are looking at resolving the issue, just when that might be accomplished though remains to be seen. 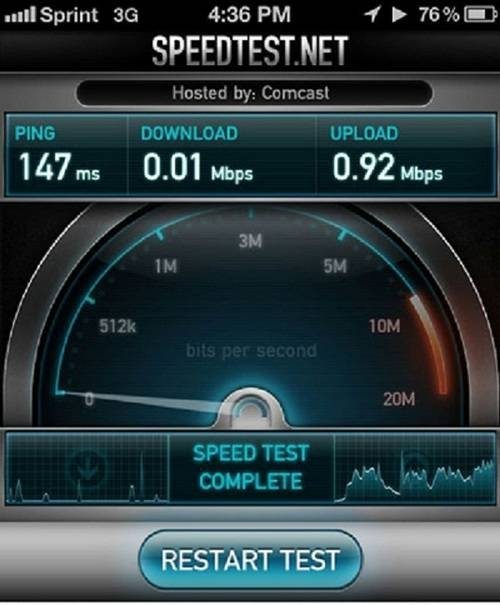