Now, Nokia World isn’t all about their new Windows Phone devices, as Nokia Kinetic Labs are also in attendance and showed off a new concept prototype smartphone, a flexible device to be precise, which apparently enables navigation by way of bending the handset including its screen, and we have a little hands-on video of the device for your viewing pleasure below.

The Nokia Kinetic Labs Concept footage comes our way courtesy of the guys over at Slash Gear who were on hand to check out the concept prototype in all its bendable glory lasting just over a minute.

The guys say that the device is reminiscent of “Synaptic’s Fuse concept” so basically a tiltable, bendable, squeezable device, but apparently with this Nokia prototype handset the display is also bendable rather than doing it with touch sensors.

In the footage we see that Nokia has come up with a user interface for navigating such things as images and music simply by twisting the device whilst physically bending the handset back and forth delivers zoom in and out.

Apparently though currently the prototype doesn’t have phone integration and the “heavy lifting is done via computer”, but apparently Nokia has said it’s not beyond the possibilities of today’s smartphone processors and that the user interface could actually be placed on top of any current operating system.

However as with all concept devices it is hard to say whether this one will make in into the realms of reality, but does make interesting watching, so head on down and mash that play button.

Would you like to see a flexible smartphone come out to play at some point in the future or do you feel bending a handset is something that shouldn’t be done? 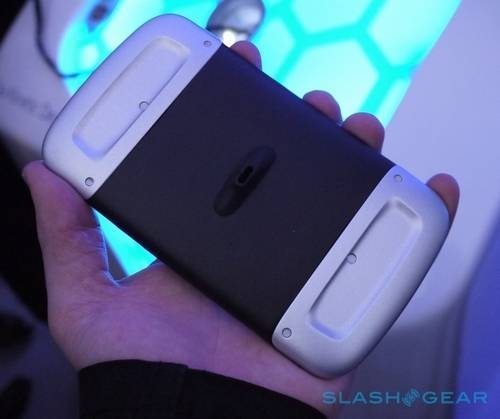