The stuff is coming out of Nokia World 2011 in London rapidly this morning, and now Nokia has officially introduced their second Windows Phone handset called the Nokia Lumia 710 with the difference from the Nokia Lumia 800 Windows Phone is that this second handset is apparently an affordable handset.

Have to say though “affordable” basically depends on what the customer thinks is affordable especially in the economic climate of today. Anyway according to the guys over at Phone Arena, by way of Nokia,the Nokia Lumia 710 will be priced at an “affordable” â‚¬270 which is roughly $375 depending on the currency exchange of course.

So as for the specifications of the new Nokia Lumia 710 Windows Phone, you can expect a 3.7-inch ClearBlack touch screen, along with a 1.4 GHz Snapdragon MSM8255 single core processor, a 5 megapixel rear camera with auto-focus and 720p video, Bluetooth 2.1, WiFi, FM radio, Internet Explorer 9, A-GPS, and of course Windows Phone Mango operating system along with interchangeable back covers.

We have a couple of Nokia Lumia 710 video for your viewing consideration below, so don’t foregt to head on down and check them out.

That’s you lot when it comes to the Nokia lumia 710, does the second Nokia Windows Phone float your boat, or will you be giving it a miss? 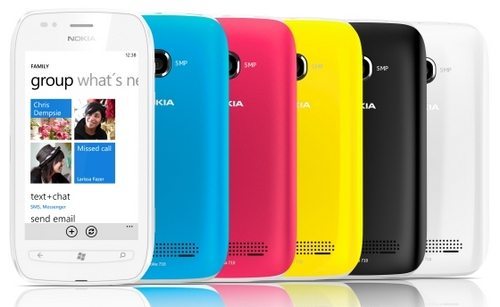