Well we all knew this one was coming, the Nokia 800, although during Nokia World 2011 in London, Nokia changed the name a tad and now call the device the Nokia Lumia 800, which is of course the first Nokia Windows Phone, and was previously referred to as the Nokia SeaRay.

So onto those official Nokia Lumia specs, which are pretty much what has been rumoured in the past but here you go, a 3.7-inch ClearBlack AMOLED curved touch screen, rear camera of some description uses a f/2.2 Carl Zeiss lens, 16GB onboard storage, 1.4Ghz processor and of course Windows Phone Mango operating system.

Apparently the Nokia Lumia 800 will also come packing several mobile applications such as Nokia Music, which apparently delivers music for free without having to sign up, an ESPN Sports hub for those that enjoy sports of course, and Nokia Drive, which is a turn-by-turn voice navigation app. 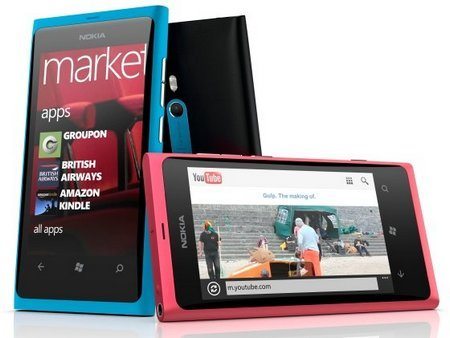