At last, GarageBand for iPhone has been released. You can now turn your iPhone into the best collection of Touch Instruments and a full-featured recording studio; you will be able to use the smartphone’s Multi-Touch gestures to play basses, guitars, organs, drums and pianos.

This is by far the best app download for the iPhone to date, GarageBand has been optimised for the iOS device and now features: Support for 3/4 and 6/8 time signatures, Transpose songs in semitones or full octaves, Reset song key without transposing original recordings, New audio export quality settings for AAC and AIFF (Uncompressed), Create custom chords for Smart Instruments, plus Arpeggiator available in Smart Keyboard, Adjustable velocity settings for Touch Instruments and Additional quantization options for recordings including, straight, triplet and swing.

The update also includes many enhancements; including improved audio import options and automatic fade out.

Users can now plug their instrument into the iPhone, and get the music pumping; users can now play through the awesome classic amps and stompbox effects.

For more information and the full features list, please visit iTunes or go directly to your App Store via your Apple iPhone. We always ask this “Please send in your personal reviews if you have this app installed already” thanks. 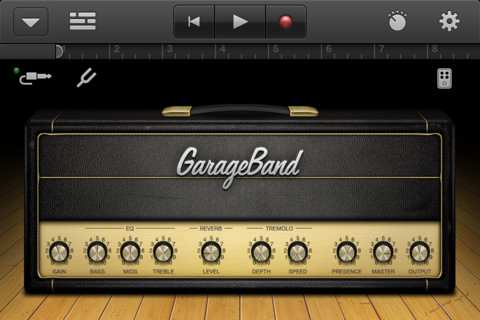 One thought on “Best app downloads, GarageBand for iPhone”