For the Android tablet faithful out there, old Motorola has now launch two new Xoom tablets, my colleague Mark reported earlier on the Motorola Xoom 2 and now it appears there is also a Motorola Xoom 2 Media Edition on offer, with both slates running the Android 3.2 Honeycomb operating system.

For those that might be interested in snapping up the Motorola Xoom 2 or Motorola Xoom 2 Media Edition we have the official introduction video from Motorola for your viewing pleasure below so don’t forget to check it out.

Of course we’d love to know if any of our readership will be picking up either the Xoom 2 or Xoom 2 Media Edition so feel free to let us know by dropping us a comment below. 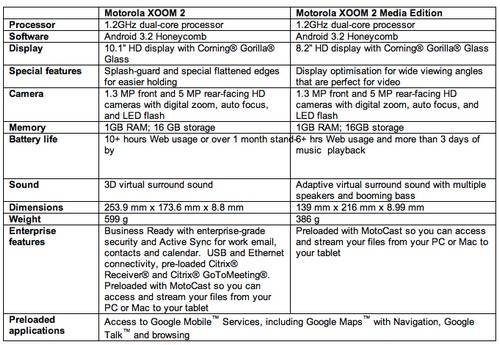