The HP TouchPad tablet received Google Android thanks to the CyanogenMod team, and today a new Android custom ROM has been developed by Team Xron. This is a remix version of CM7 software, basically giving the tablet PC a new look.

Team Xron has designed a new Android ROM for the HP TouchPad, that replaces some of the icons in CyanogenMod with versions designed that look a lot like Android 3.x Honeycomb icons.

The wallpapers and themes have had a little tweak, they now look like what you would find on a Honeycomb tablet. The new ROM is still running Android 2.3.7 software you get with CM7, but nether the less still look awesome. The build also changes the boot animation, it has now been replaced with the one used in the Google Nexus One smartphone.

You can install Team Xron’s ROM the same way you would CyanogenMod, you could use ACMEUninstaller to remove CyanogenMod if you prefer. For more information please visit Liliputing.

Please watch the video provided by reverendkjr, hope you enjoy. Please do post all your comments below this news article. 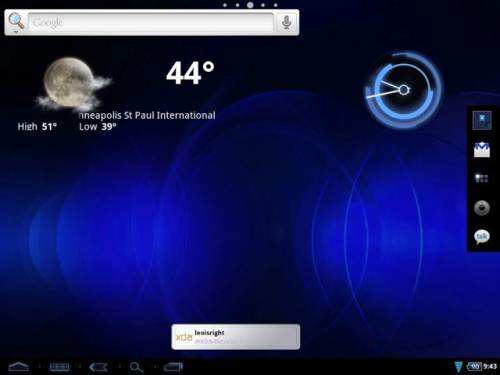