A new RPG and Strategy game called ‘Battleoot Adventure’ for iOS and Android devices is going to be released February 2012. Digital Tales, company developing Videogames, CG Commercials and E-learning systems are the people behind this little gem.

Battleloot Adventure allows players to fight their way through this cartoon like game; it is a whole new fantasy where a mercenary’s band is looking for riches and fame. The story is based on Kingdom Sovereign declaring new and exaggerated taxes, this then leads to rivalry between four cities.

To gain the benefits of tax relief, players have to hire a party of adventurers who will serve you and swear allegiance to one of the four cities. You get to challenge rival mercenaries looking for the same wealth and fame.

You get to fight bizarre creatures, brigands and magic entities, whilst moving across Kameloot different areas. You can use up to three characters at the same time within the game, the controls are fast, skills will be needed, and you will be tested to the limit. You will also get to unlock new adventurers. 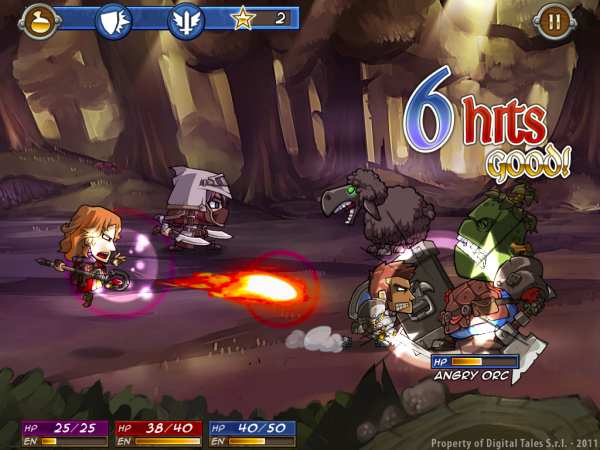