If you are over here in the United Kingdom you’ll know that the good old US of A has been rolling out the next generation of networks across the country, 4G LTE, however, over here in the UK we still don’t have a 4G network in place. But sooner or later the country has to make the jump to 4G LTE to keep pace with the rest of the world.

Well according to an article over on Slash Gear, O2 Uk has now announced they have begun 4G LTE trials in our countries capital city, a trial that will run for 9 months apparently with 25 sites going live this month.

Word is the 4G LTE London trial will offer speeds up to 100Mbps to London testers, with the trial being ramped up until it covers an area of 40 Km in total, although participation in the 4G LTE trial will not be generally available.

That means O2 UK is to target entertainment and business venues with the 4G LTE trial, such as the O2 Arena and retailers like John Lewis who will deliver usability and performance feedback to the carrier, so O2 can formulate a bid for spectrum once the UK bidding starts next year.

According to O2 the trial will use a temporary licence of the 2.6GHz frequency that O2 say is capable of supporting downloads of up to 150Mbps, and will use the Samsung B3730 modem, which is a USB stick that supports dual band GPRS/EDGE and 2100Mhz WCDMA.

O2 says that it is expected that 1000 users will get the modems to take part in the trial, with coverage spanning Hyde Park, Canary Wharf, Soho, Westminster, Kings Cross, the O2 Arena and South Bank, and O2 further says that the time taken to download a 500MB file could be as little as 1-minute compared to 5-minutes over a 3G network. 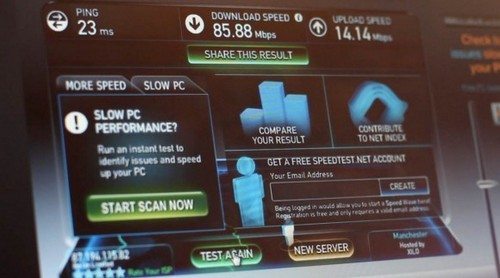