For all you iOS games out there, there’s a new game become available for the iPhone, iPod Touch and Apple iPad and is called Minecraft Pocket Edition, a game that delivers all your world building needs using blocks to create worlds on the go and taking the popular desktop game mobile.

According to the guys over at iDownload Blog, Minecraft Pocket Edition for iOS devices looks and feels the same as its computer counterpart; however the pocket edition doesn’t support online gaming but the guys do say there’s still enough in the app to keep fans of Minecraft entertained with world building.

With the Minecraft Pocket Edition app the user can construct random worlds, construct using 36 differing blocks, save multiplayer world on your iPhone, construct anything the user can imagine, and share and play with friends to your world over local wireless network.

Minecraft Pocket Edition for iOS originally was available in the USA only but has now been release worldwide and so iOS gamers over here in the United Kingdom should also be able to grab the app, which is available to download to your chosen iDevice from iTunes costing $6.99 roughly Â£4.50.

So we’d love to know if you are a Minecraft fan and will be picking up the pocket edition, and if so feel free to let us know what your think of the app by dropping us your personal review to our comments area below. 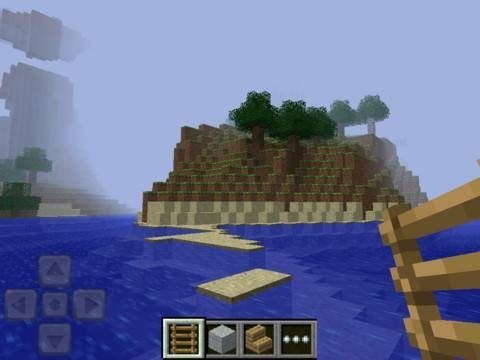