Best Buy are out to confuse customers, they are calling the Samsung Galaxy Nexus the Nexus Prime 4G LTE. The Google event that took pace on October 18 revealed the new Galaxy Nexus not the Prime; this is Best Buy confusion at its best.

Google named the phone the Galaxy Nexus, Verizon and Best Buy cannot just change the name to Nexus Prime 4G LTE according to Droid-Life, this source also mentions that customers should not jump to conclusions, this is not a Verizon and Best Buy exclusive. It is merely a pre-printed Best Buy guide.

Or is it? Thought we would ask that to add more to the confusion. Please let us know what you think of the Best Buy flyer, do you think they are getting ready to release a new Nexus Prime, or is this just an old flyer? 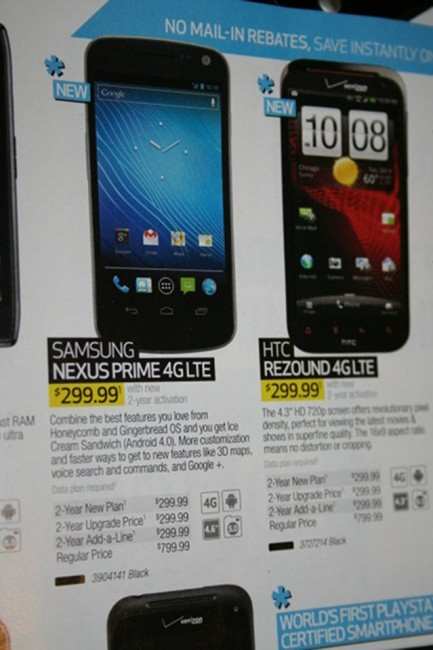