And naturally we have a video of the Romo iPhone spy robot in action for your viewing pleasure below courtesy of the guys over at Ubergizmo that lasts just 36-seconds so doesn’t really show much about Romotive’s Romo.

The Romo connects to your smartphone via its audio jack, and thus one can assume that it’s not just the iPhone that can use the device but most smartphones, although apparently the only app for Romo available currently is an iOS app and an Android app is being produced.

Like I said, personally I can’t see the attraction of such a device, but obviously many do, so I’ll leave it right there and let you head on down to mash that play button and check out Romo in action…enjoy. 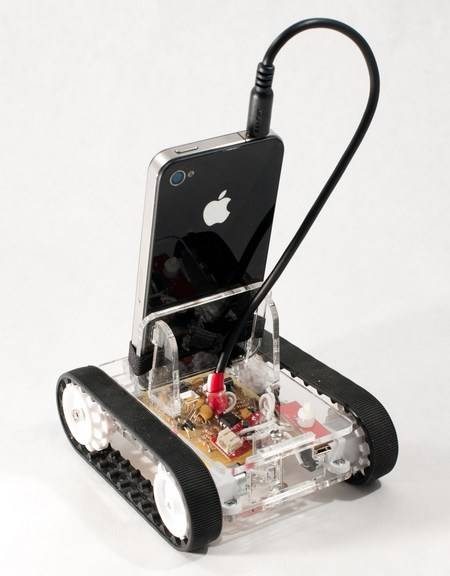