The new CyanogenMod 7.1 Android Alpha 3 update has been released; this is the new build of Google Android for the HP TouchPad. RootzWiki has the all the updates from Alpha 1 up-to-date, this tablet PC as standard was released with webOS 3.0 software, but the world went crazy for an Android port.

Must remember that this is still at alpha stage, so is still not what you call perfect, but it is getting there. This new Alpha 3 bring s a few problems such as plugging in the headphones and then the tablet speaker shuts down, this sounds ok but you cannot hear audio in your headphones.

Anyway, please read the full article over at Liliputing and the full how to install the HP TouchPad CyanogenMod 7.1 Android Alpha 3 update. If you have tried it, please do let us know how it went. 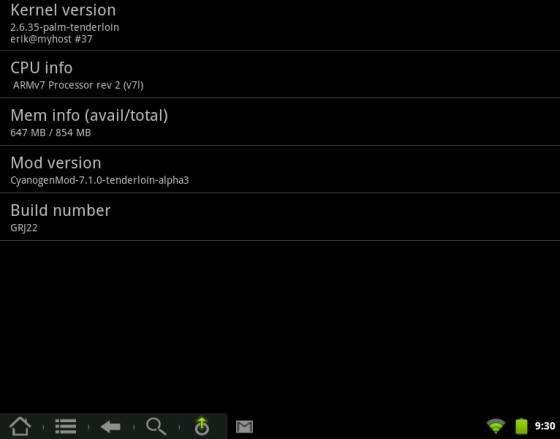