If you happen to own an LG Android smartphone or tablet you just might like to know that you can grab 50GB of free iCloud storage for your LG smartphone by downloading the Box for Android app as Box has now announced in conjunction with LG free 50GB Box Personal Accounts on all LG Android handsets and slates.

According to an article over on PC World, LG users that sign up for a Box account via their LG Android device from yesterday until the 21st of March 2012 they will get that 50GB online storage for as long as they hold the account.

Box for Android has also added the ability to bulk upload to make it easier to move data from your Android device to Box cloud storage and Box have also updated the Box for Android user interface allowing for easier navigation and faster location of files.

And probably the best thing is that if you want to use that free 50GB of online storage as long as you use an LG Android device you can also grab the Box for Android app from the Android Market for free, so what have you got to lose, will you be taking advantage of that 50B of free online storage? 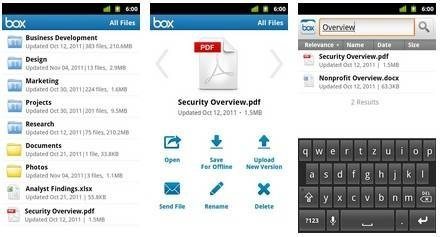