So when it comes to Nokia’s first Windows Phone, the Nokia Lumia 800 does the smartphone have a faster start-up time when compared to the MeeGo packing Nokia N9 as updates don’t always deliver faster set-up times, or for that matter how both Nokia devices compare against the iPhone 4S? Well we have a couple of videos for your viewing pleasure below that answer that question for you.

So first off how does the Nokia Lumia 800 compare with the Nokia N9, well the Lumia 800 does indeed start up extremely quickly although the narrator does say he has seen another video where both Nokia devices start-up even quicker with the Lumia 800 at 14 seconds and the N9 at 37 seconds.

However, just how well do the two Nokia handsets stand up to the iPhone 4S when it comes to that start up time? Well I’ll simply let you head on down to hit those play buttons to find out if the Nokia Lumia 800, Nokia N9 or the iPhone 4S comes out on top…enjoy. 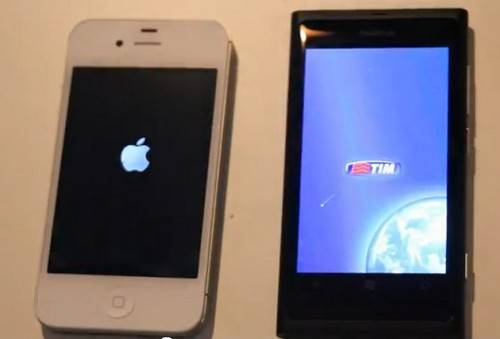