Well who would have thought that Microsoft and Apple would be cuddling up together when it comes to games, as it appears that Microsoft has now delivered an Xbox Kinect app for iOS devices in the form of the Kinectimals app for the iPhone and Apple iPad.

According to the guys over at iDownload Blog, Microsoft has released their first game in Apple’a App Store with Kinectimals, which is a game that delivers interaction with virtual pets via the Kinect hands free gaming accessory.

Apparently if you are already a Kinectimals fan on the Xbox 360 using the iOS app version you can travel to the island of Lemuria and the app will unlock five new cubs you can interact with in new ways.

And just so you can find out all about Kinectimals for iOS we have a video review of Kinectimals on the iPhone, iPod Touch courtesy of the guys over at App Quest that lasts five and a half minutes, so don’t forget to head on down and check it out.

For those that wish to get some virtual pet petting on, you can download Kinectimals to your chosen iOS device at a cost of $2.99 by heading on over to iTunes. 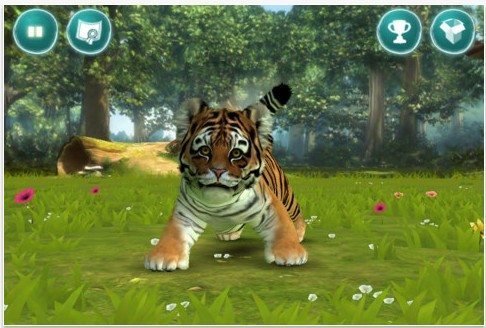