I’m sure you are aware if you are one of the iOS faithful out there that the word is Apple will deliver the next generation iPad early in 2012, whether that new iOS slate turns out to be an upgraded Apple iPad 2 or a full on new Apple iPad 3 remains to be seen, but the speculation over the Apple iPad 3 continues.

The speculation today revolves around parts that are being suggested below to the upcoming Apple iPad 3, and according to the guys over at Ubergizmo, by way of Cydia Blog, said parts suggest that there is a possible major redesign on the cards for the new Apple tablet.

The alleged Apple iPad 3 part comes from Chinese parts reseller TVC-Mall, and when compared with the same part in the Apple iPad 2, this new component is different, as you can see by the image below, and suggest a major redesign apparently.

The Apple iPad 2 component makes an almost 90 degree turn both ways whereas with this alleged Apple iPad 3 component, the tail end almost makes a U-turn and thus could suggest a different internal circuitry arrangement in the new iPad thus leading to a possible redesign.

Of course this is just one component and it hasn’t been confirmed that it actually belongs to the Apple iPad 3 and it could possibly be just one of several component variants Apple is trying out, so for now all this stays firmly in the land of rumour. 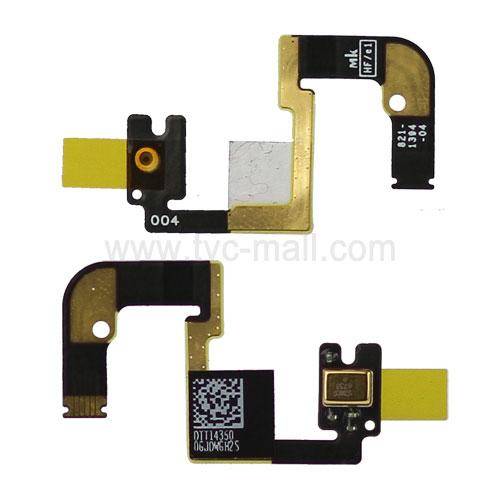