If you are one of the Android faithful out there that use Google+, word had it that the Google+ guys were going to deliver the ability to start Hangouts from a Messenger conversation via your mobile device, well you might like to know that the Google+ updated app has now been released for download.

According to the guys over at Droid-life, the updated Google+ app also comes with other sweetness such as a new design of the photos album view, people suggestions when composing a Messenger conversation and of course that ability to start a hangout via a Messenger convo.

Other goodness with the Google+ Android app is new icons to show what images have been uploaded to Google+ via Instant Upload, and the ability to leave 1 to 1 Messenger conversations, and of course several bug fixes.

And that’s about it, if you already use Google+ on your Android device then you’ll probably be notified in your status bar of the updated app availability, otherwise if you don’t already have the app on your device you can of course download the Google+ app from the Android Market for free. 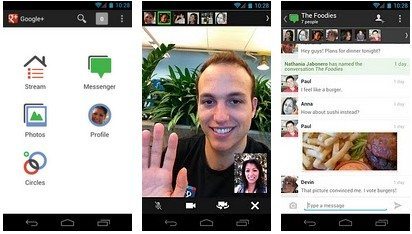