For the Android faithful that own a Samsung Galaxy S II smartphone and wish to play nice with Android Ice Cream Sandwich OS there are apparently a couple of new ICS ROMs available to download to your Galaxy S II; however not every Samsung Galaxy S II owner may be able to grab these ICS ROMs as they are required to be downloaded via Samsung Kies.

However as Samsung’s preferred way of updating their devices is via Samsung Kies, and anyone who has ready my posts before about this will know I am not a great believer in Samsung Kies, Samsung often target select markets for updates so you might not see these ICS ROMs yet.

Apparently though the word is most regions should get the KP8 ICS 4.0.3 ROM directly, and apparently slightly changes the user interface delivering such things as a new on/off toggle, and new icons, that is of course if you don’t have too many issues getting it from Samsung Kies in the first place.

But for those that might like to check out the KP4 Android ROM for the Samsung Galaxy S II we have a hands-on video for your viewing pleasure below, and of course if you do want the ROM once they are available you’ll need to keep an eye on Samsung Kies for their availability…enjoy. 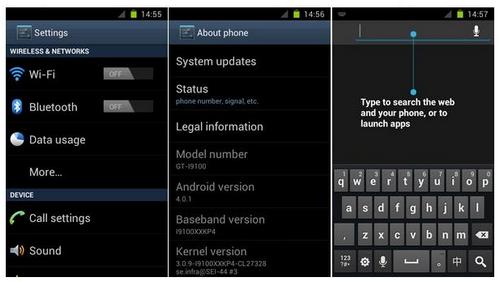