There is new information on HTC Turkey Facebook page that 8 smartphones is to get Android Ice Cream Sandwich OS updates, but mysteriously the Facebook page is now showing as unavailable.

Those that live in Turkey is expected to get the Super 8 ICS 4.0 updates, the reason we say “Super 8” is simply down to being eight smartphones named the EVO 3D, EVO Design 4G, HTC Amaze 4G, Sensation, Rezound and Vivid, will get the ICS 4.0 treatment in the first quarter of 2012. The other two, which was mentioned back in November, will be the HTC Sensation XL and HTC Sensation XE.

It also mentions about the HTC Thunderbolt for Q1 2012 is a possibility also, but this is not officially known as of yet. Eight HTC smartphones in one month to receive Android Ice Cream operating system is a massive promise, but hey tall orders are always fun.

We will keep a close eye on this one, as soon as we know more we will let you know. 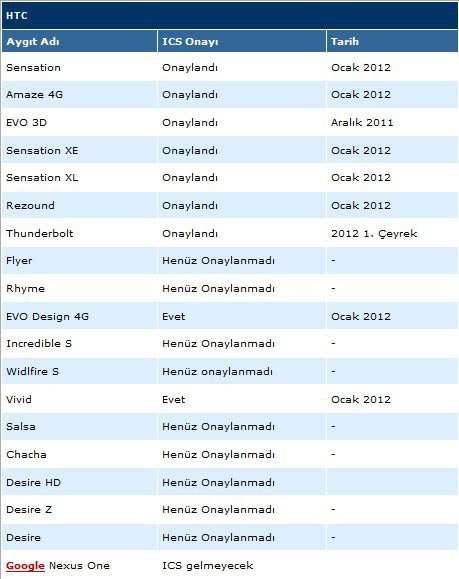