At CES 2012 the new Motorola Droid 4 was officially announced, together Motorola and Verizon Wireless unveiled their new 4G LTE ultra thin smartphone to the world. This powerful handset has pure power and a stunning design, but will it be enough to win your heart?

Verizon Wireless and Motorola Mobility both banged their heads together at the 2012 International Consumer Electronics Show aka CES, and shared with the world the new DROID 4 by Motorola, it has been named the most powerful 4G LTE smartphone, and seeing as Verizon covers 200 million people in 190 markets with the 4G power, this is a good time to release the Droid 4.

Once released, which the release date is still a mystery as so is the price, will come powered with Android 2.3.5 Gingerbread, but this will be upgraded to Android 4.0 Ice Cream Sandwich at a later date.

Main features include: Dual-core 1.2 GHz processor, five-row QWERTY keyboard, 1GB of RAM, PC-like layout and edge-lit keys for fast, precise typing. This phone is Business Ready with government-grade encryption, and thanks to this technology it will keep all data a secret. It also comes with MotoCast for remote access to videos, pictures and music on work or home computers.

This smartphone will have many accessories, such as 10.1-inch Lapdock, 14-inch Lapdock 500 Pro with built-in webcam and Ethernet connection, vehicle navigation mount, HD Dock and HD Station.

There is no price or release date as of yet, but will be available via Verizon Wireless online and Verizon stores.

Does the new officially announced Motorola Droid 4 excite you now?

Source – We got an email showing the official press release 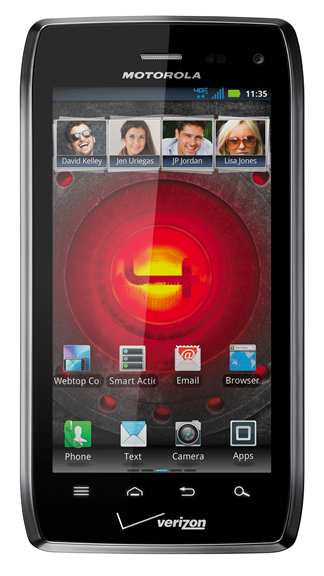 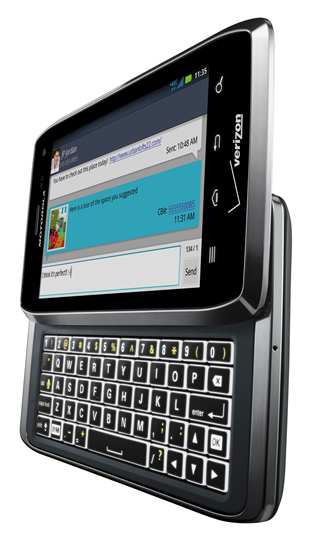