At CES 2012 today the Asus Padfone was unveiled, so now it is time to show you some pictures and a video of its pure beauty.

Engadget got their hands on the beauty and provided some pictures and a video to show its glory, this one shown in the pictures below is a working engineering unit of the Asus Padfone, a few things were spotted on it that is intriguing.

Next to the Padfone’s HDMI and USB there are three mysterious contact pins, not too sure what these are for but apparently could be something to do with an external antenna, could be right or could be wrong, we will reveal more as soon as we know.

The demo video below shows off the switching screens, once the Asus Padfone slides into the tablet you will notice the change, this product is a lot slower than the final release, if Asus can promise that the final release will be faster then we say it is a definite product to buy.

Some Pictures – Full gallery via Engadget

UPDATE: The Asus PadFone will be unveiled at MWC 2012, it will also feature Android Ice Cream Sandwich, for more information please read here. 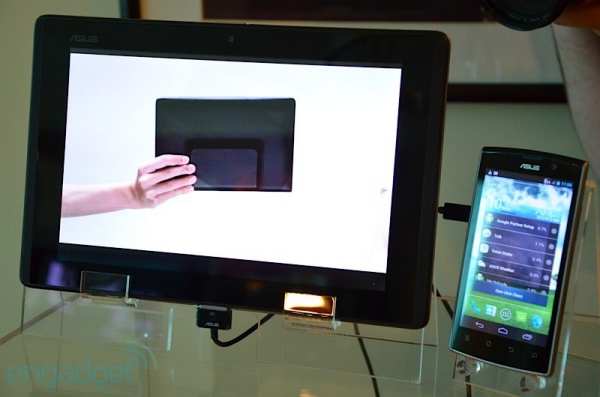 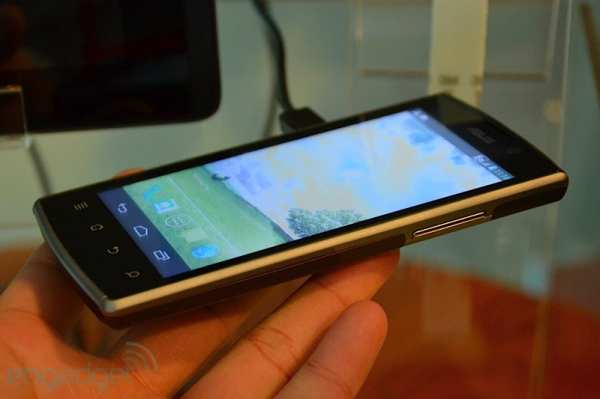 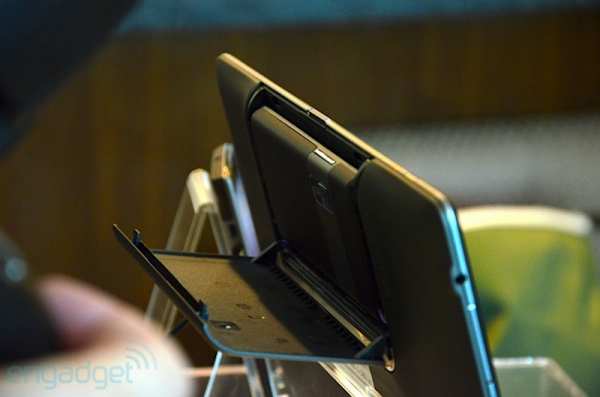 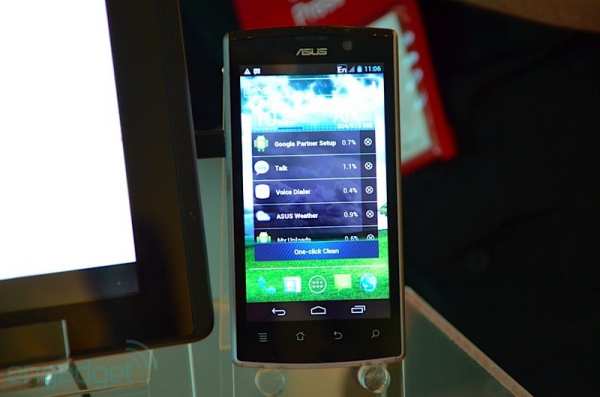