At the CES 2012 show, the new Samsung Galaxy Note LTE (AT&T smartphone tablet was unveiled, it is now official and is classed as the superphone and a clear future winner. This comes with a little sprinkle of LTE, which will keep all those in the U.S happy, is it your winning super tablet smartphone?

The lucky guys over at Engadget got their mitts on the Galaxy Note LTE, the press release is now live to the world and they have also added their own picture gallery and video.

This is a big smartphone but also a mini tablet, the combination of the two is very exciting. It will come in two sorts, either in carbon blue or ceramic white with AT&T.

The source above says that it is the spitting image of the global model in terms of weight and size, as well as the layout. The main differences between the two are the four capacitive keys instead of the three-button layout, and the carrier logo just below the earpiece. The LTE antenna can be found inside the battery door, another difference is the S Pen because this one features a grey side-button.

The bad news for some is that no NFC can be found on the Samsung Galaxy Note LTE model. Please do let us know if this mini tablet smartphone takes your fancy? So do you keep the Nexus or choose this model? So many questions, and of course we will ask you many more as time goes by. 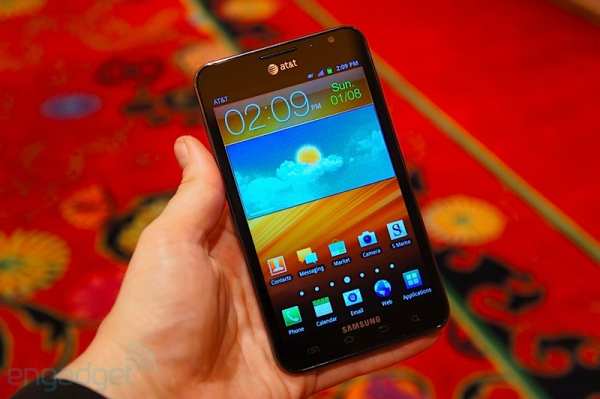 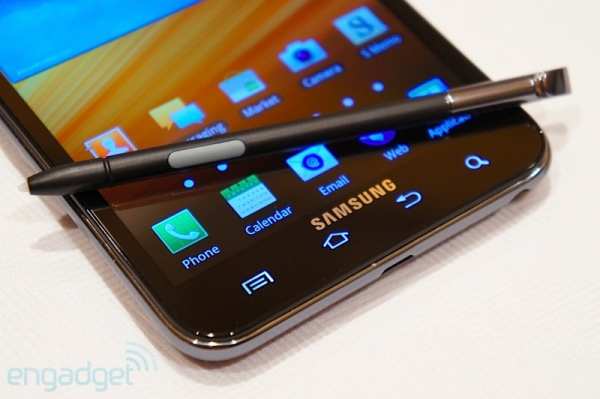