According to the guys over at Droid-life, the I’m Watch for Android has finally arrived, a Bluetooth connected stylish watch that enabled the user to do all the usual things one can do with a smart watch such as checking on emails and making calls.

Apparently this Android compatible I’m Watch was designed in Italy, and apparently runs a rather outdated Android operating system in the form of Android 1.6 so is somewhat laggy, but the guys say that hopefully the company still has a few kinks to sort out before the watch hits the streets.

Word is the I’m Watch for Android will become available in numerous colours and strap materials, and depending on those the price will vary, but according to the guys the I’m Watch will start at $350, which seems a bit steep to me considering its Android 1.6 and probably no chance of being updated to Android 4.0.

Anyway that’s about it with the I’m Watch for Android, personally I don’t really see the point of having your watch connected to your smartphone when you probably always carry your handset with your anyway, but no doubt many will want a taste of Android on their wrist, will you? 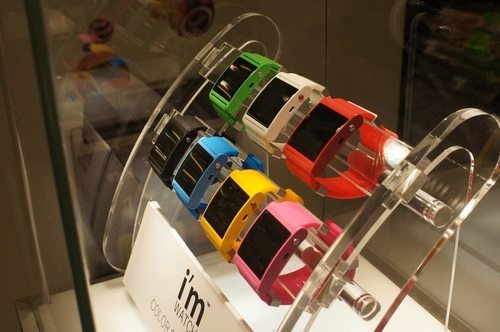