I’m pretty sure that most are aware that the Sprint version of the highly popular Samsung Galaxy S II, the Samsung Epic 4G Touch plays nice on Sprint’s WiMax network, and whilst there seems to be an abundance of GSM flavour Samsung Galaxy S II devices, a WiMAX model is kind of rare, although another one is soon to come out to play.

The Samsung Galaxy S II WiMAX (ISW11SC) runs Android 2.3 Gingerbread and weighs 139 grams and will be offered in Japan by KDDI au as of the 20th of January but no work on any pricing at the moment. 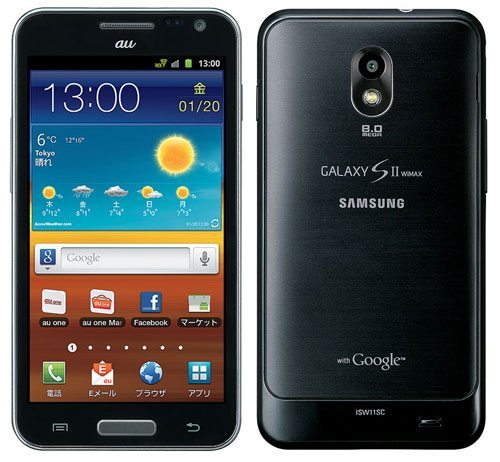